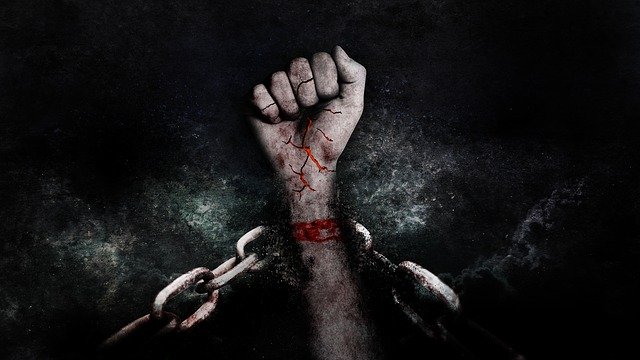 Will the third viral world war induce, force a new forward-looking, totally progressive, and no longer vegetative approach to own position(literally as well), role, opportunities in this micro-macro (nano) cosmonautic permanent war/competitions of physical and biological systems?
Will the situation wake us up to take a more responsible part/action in our environment transformation – not only clumsy passive adaptation to laws of matter…but matter to us?

Winning, struggling with systems, structures, processes of nature is just a constant struggle, constant work. These are ( have to be) brave decisions because only such give us some chances to survive, to live/to safety existence on an ever more and more appropriately developing standard.
This is a kind of mining, processing, folding, distribution on a scale that has to be as massive as possible of the specific mass production, hyper evolution, neolithic processing of the environment on a total scale – so, can it still be called science?
I think so because this science can be used as a kind of mega-production strategy in this co-transformation of the micro-macro cosmos of our near/further environment. That is, a learning/study/science war strategy, competing in absolute, vector processes, total material, and biological changes at every possible scale… We have no other way out on a very active ground/space of competing, accelerating systems.

Is this so-called ordinary production? No, this is a permanently aware/strategically change in the properties of processes, structures of nature, as well as any action. It is about systematizing this hyper neolithic hyper evolution … So it is no longer static establishing of laws, relations or shamanic establishment of rations/absolute relationships but their … change, i.e., mega-production, mega evolution as components of hyper science in accelerating the reconstruction of neo creation of nature.
Science but this militant science, hyper science as a genome accelerating transformations and creating according to our vectors of aspirations and work for protection and development of foundations, a guarantee of our life and its environment/platform.

The virus pandemic makes us more aware of the systematic interaction of matter life processes(systems). In which we want it or not, we need to take a very active non-passive, possibly initiating action for the protection, continuation, and development of our own and not offering ourselves to others. Only such comprehensive actions have a meaning/chance to live. The issue is at what neolithic level, building, achieving higher and higher neolithic buffer levels, entering further neolithic levels are a measure of the hyper evolutionary coefficient of position in the specific evolutionary ladder of a given system, civilization.

The present time has strengthened the position of telecommunications in this, after all, remotely controlled, mutated combat, competition, expansion, protection of such or other micro macrocosm systems, including the system of our civilization and each of us separately.
Telecommunication ( and it’s present/future services, industry…potential) as a key
As a paradigm of mass efficiency, effective processing, automation, multi-mass, the precision of processes deep into and distances of systems, levers, tools, natural devices and devices initiated for hyper evolution, the hyper neolithic revolution of next barriers, development cradles
The crust, cradle from which we leave … or we die literally or figuratively in this reconstruction, breaking the background, crust, laws, genetics, structures, processes using telecommunications leverage of the impact initiative … such a really hyperspace ministry of defense for existence and development of its foundations.

Science (shamanistic) insufficiently supports the development of the “Mechanically/mine/metallurgy” strategy in the production, hyper-neo politically, and exploitably … So you have to … take some money from this old prehistoric department of science and strategy (if ever it was!) On/for this production tool support, organizing it economically appropriately.

This is further carving out a new level of revolutionary Neolithic, a technology production park. After that, science will only chase, build/support further development platforms, and not just attempting to describe {or just fit to} further(or rather present) pre neolithic areas of nature.

Only this extra-produced hyper neolithic environment, industrial park, is to be a further platform for the mega-production science catapult to further buffering life of development existence. And this mechanism is to be worked out for the efficiency of action, not the egocentric, civilizational ego, i.e., contemptuous (ambivalent) for ” dead blocks’ of other systems, expressing through/by this shamanism of the vanity of “modern” but handicapped(by lack of the tools mega-industry) science and economics.

So it is about separating science based on direct interaction with nature as such from a science of transforming nature. Preventing or initiating phenomena through a change of(by) nature/systems by building a platform/catapult to counteract phenomena, and their complementary mastering by changing the entire internal and external environment.

That is, investments in the development of technology at the level of mega mass production towards nano.
Hyper nano of the automatic industry of parks, the environment, a kind of vivid Solaris(S.Lem) hyper neolithic revolution for ever higher degrees of micro-macro decks of life and matter.

So. I wish more wins than lost battles on the fronts of the permanent war of systems (worlds).

To be continued to the next fronts of the war of/for life and matter.